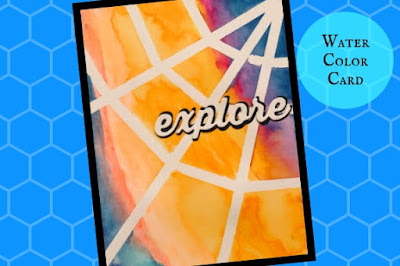 I actually had a whole different project planned for my first blog post; however, thanks to a computer reboot, I ended up exploring a wholly new technique that I've never seen before. This technique is courtesy of Cards and Papercrafts Issue #178. The idea here is that by applying washi tape to a card and then watercoloring over it, you can create some cool negative space.

This is the end product they show in the magazine: 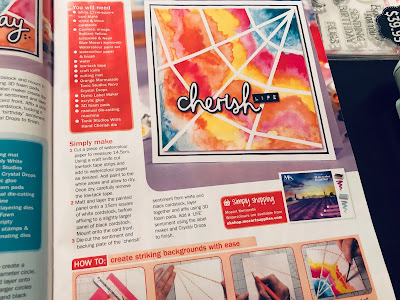 Looks cool. And looks rather doable. Here was my concern: sometimes when I apply washi tape and then lift it, it destroys the paper. The danger was real, and it could result in all that watercoloring time. then lifting the washi tape and damaging the card. I tried out a couple washi tapes and found a nice thin strip that didn't seem as sticky.

Here's the set up: 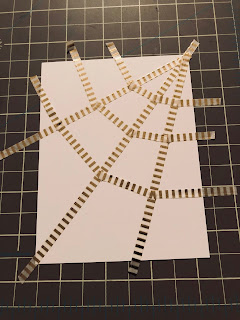 For my watercolors I wasn't super concerned. I kind of went wild. In retrospect, I might not use so much yellow. I didn't care about too much overlapping. I'm not the most artistic, and I was less concerned because at this point, I was convinced the watercolors bled through the tape and this whole project was for naught. 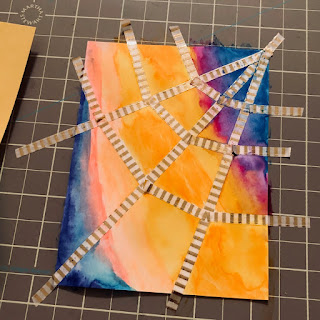 Much to my surprise: 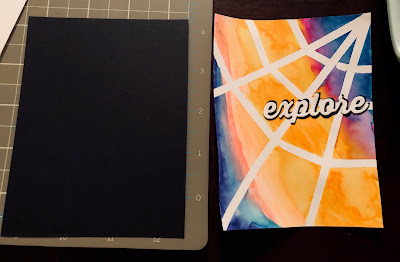 Now, I have to be honest; I was just so excited that I missed a picture in all of this. I did have some minor bleed through in one section on the tape. This is why I placed my cut phrase "explore" where it is. It's covering up some bleeding there. I also cut out the word explore white once and in black twice. Then I glued two black "explores" to the white "explore" to make it pop. I'll be sure to document each step much closer next time.

After cutting out a slightly larger black slide, and then applying that to a general card base - this is my final product! 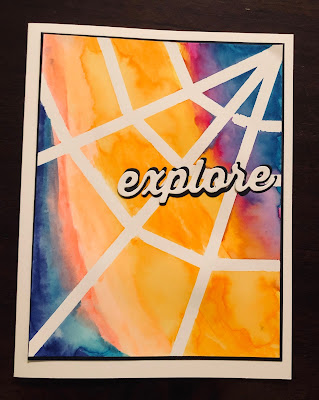 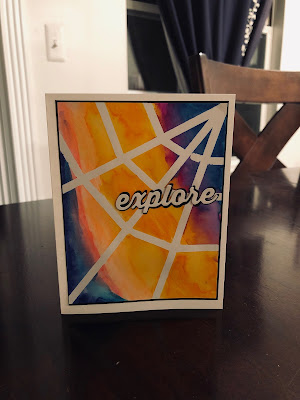 So I'm super happy with it. Both my worries were founded. I had a little bleed through and the card base did a little lifting in the upper right hand corner. I think I'm partly to blame as when I lifted the washi tape, I didn't peel it up in the reverse way I put it on. Additionally, the bleeding occurred because I didn't adhere the tape as tightly as I could. It's a small misstep.

This is an easy, colorful, and fun technique to apply. I'll definitely be returning to this technique in the coming weeks.