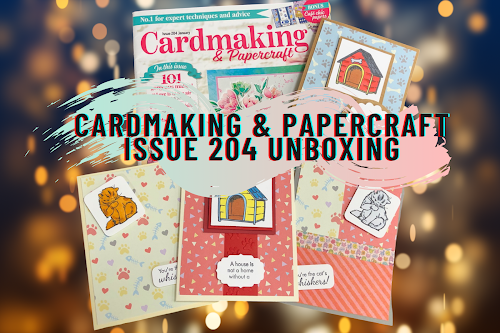 Yesterday I went to Michael's and finally purchased Cardmaking and Papercraft Magazine Issue 204. In today's YouTube video, I go through the materials and make a card. In addition to the card I made, take a look at some of my other creations below:
The first two cards use the dog house and the "A house is not a home without a..." The first card I made uses both the paper and the stamps. Using Copic Markers, I colored in the dog house. In the second card, I used the exact same set-up, but I want to make sure I used the mini emboss folder that came with the issue. It doesn't quite pop like the red house; nevertheless, it's still cute. 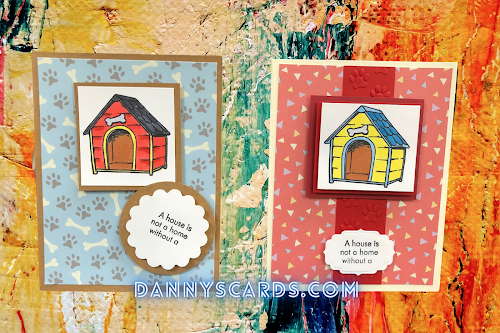 The next two sets of cards use the cat stamp and the "You're the cat's whiskers!" stamp included. The fourth card was made first, but this left me with some scraps, so I collaged them for the background to create a little depth. Then I put some washi tape across to unify the three separate pieces of cardstock. As always, the 3D dot adhesives give these a nice dimension. 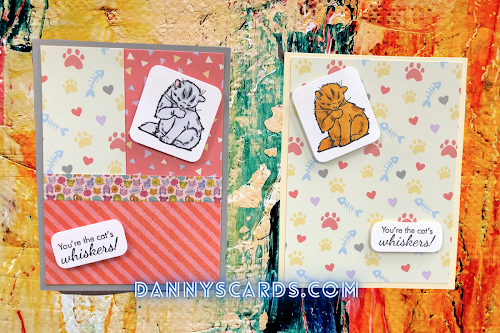 In the video, I talk about 3D Dot adhesives I love. This is my recommended brand.
Related posts:
How to Design a Cricut Joy Card from Beginning to End
Tutorial: Pinwheel Cards
Card Designing with Maps and Ledgers