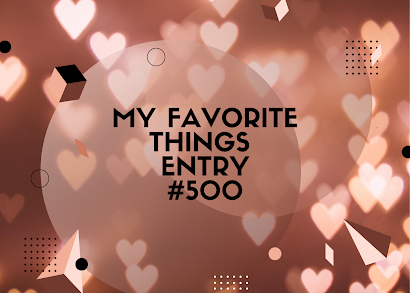 Over on My Favorite Things they are celebrating their 500th Sketch Challenge. What a milestone! This week's sketch challenge was so beautiful I couldn't help but participate. Like my entry for the Diversity Cards, I used paper from Capitol Chic Designs and a stamp from Hero Arts. This was the sketch challenge this week: 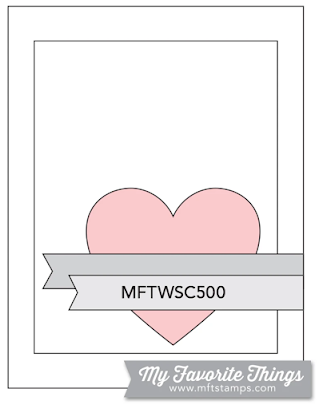 And here was my creation: 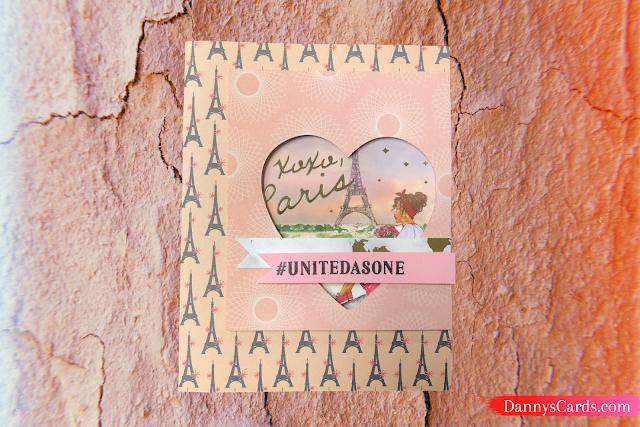 I happened to also have some Paris paper from an old C'est La Vie paper pad. I used 3D adhesive dots both in front of the heart and on the pink banner to really make the heart pop. Take a look from a different angle: 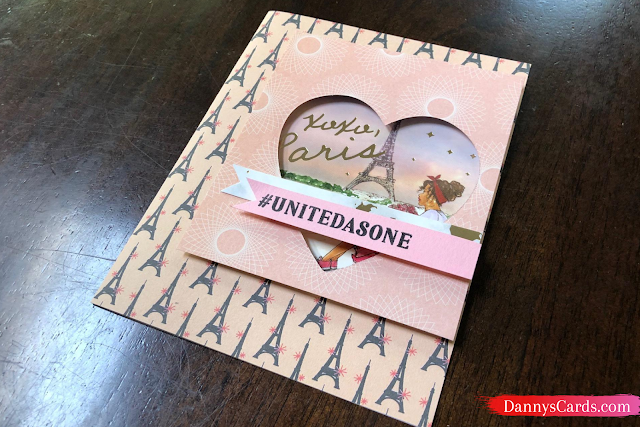 And that's my submission this week. This card feels wholly unique, and I'm super happy with it. Check back later this week for more card submissions.