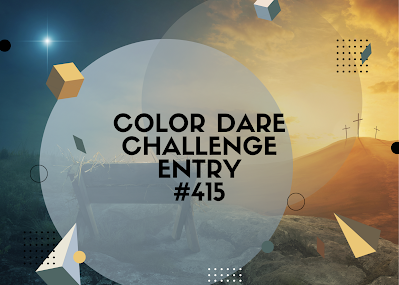 This week over on the Color My Heart challenge, they gave us a wide range of nine colors. Like yesterday's Christmas Colour Challenge, I was excited to go into this challenge with Christmas on my mind. Additionally, my favorite color Toffee (or sometimes referred to as craft) made an appearance.

Here were the colors that I could use: 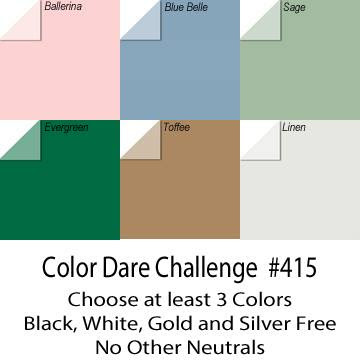 I made use of ballerina, blue bells, toffee and linen.

Here was the card I made: 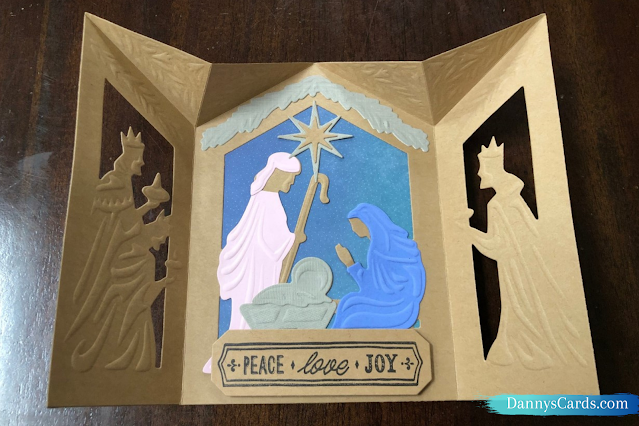 I'm not usually one for religious iconography, but something about the trifold card was too cool. This is perfect for those who love their Three Wise Men cards. A tradition I know many people hold near and dear to their heart.

The die set is the Nativity Shadow Box Dies from Anna Griffin. I actually created a backing to the card so that I could write a little message to the recipient.

Rather than follow gender norms, I flipped the traditional man in blue, woman in pink. The choice was two fold, one was an element of surprise, but the other is Mary is often depicted wearing blue, so this made sense.

I tried to make the Three Wise Men in sage green, but after too much toiling and mixed results, I ended up scrapping the sage green. In future cards I might actually use some type of acetate window to create a different dimension behind the wise men.

Anyway, these dies were super easy to cut and moved much quicker than I expected. A little stamp of Peace * Love* Joy from the Recollections Christmas stamp set, and voila, this was the end result.

And this is how it looks when the card stands: 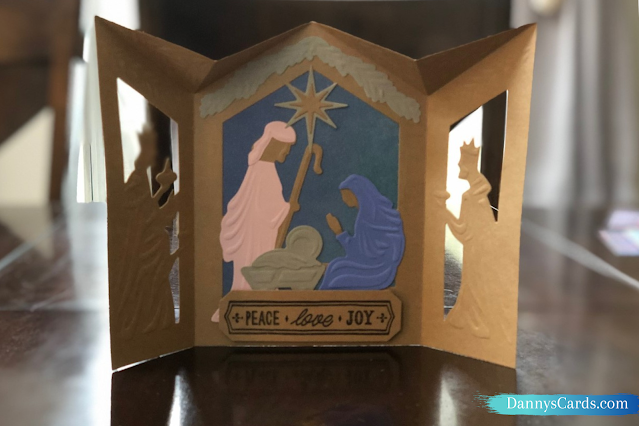 This is definitely a card I will be making again and again this holiday season.

Check back later this week for more holiday cards!

If you like what you see, be sure to hit the SUBSCRIBE button at the top to see new posts.