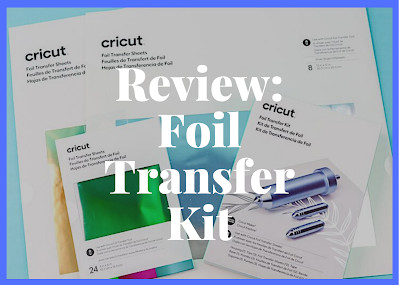 The grand reveal of Cricut's new foil system was exactly what people were looking for. When the We R Memory Keepers Foil quill system was released, it was seen as revolutionary. Foiling cards with lettering and mandalas quickly made even the most generic card look vibrant. But the system was also clunky. It took time to warm up, had three different pressure sensitive pens and the pressure applied was questionable leaving a less than desirable effect. For me, the We R Memories Foil Quill was nothing but a waste of money as the idea never quite translated to my cards correctly. 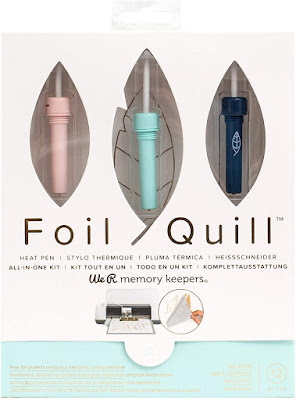 Great in theory, but like other We R Memory
Keepers items, it misses the mark.

Cricut promised us a new foil system without the need of heat and with new pressure technology. It sounds promising.

In practice, the release of the Foil Transfer Kit was a bit of a disaster. Obtaining the product seemed next to impossible except for the few who did get it. Cricut continues to have fulfillment issues with many people stuck in the processing stage.

Lucky me, I obtained the Foil Transfer Kit system. The price seems right. At just $39, that's nearly identical to We R Memory Foil Quill which retails anywhere from $39.99-$49.99. The foil is a little pricey retailing from $7.99-$12.99. But again, this is in line with other foiling systems. 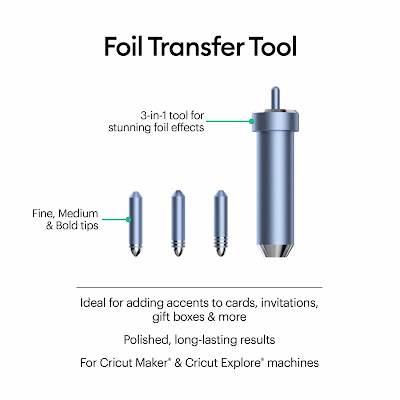 The system here seems right, what could go wrong?

And then I went to use it. And what did I get?

Stuck on preparing. And nothing can fix this problem. Currently, I can't use the foil in any way. Cricut's customer service since quarantine is nothing short of abysmal with wait times of over 2 hours on the phone, and nearly a week since receiving my product, there's been no e-mail response. 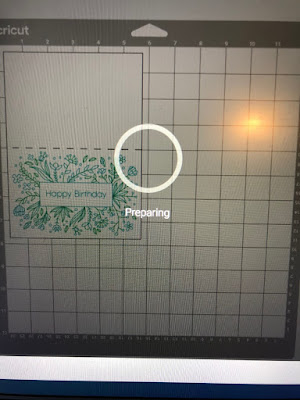 Other work arounds I've tried including uninstalling Design Space and reinstalling it. Still no luck.

Now, to be fair, some people can get their Foil Transfer Kit to work just fine. Me. Nothing. And Cricut is impossible to get in contact with leaving me with nothing but a nice paper weight and shimmery paper. This is the most disappointed I've ever been with Cricut, and I hope they remedy these problems ASAP. So by all means purchase the Foil Transfer Kit, but know that the current Design Space makes this purchase a pricey gamble. 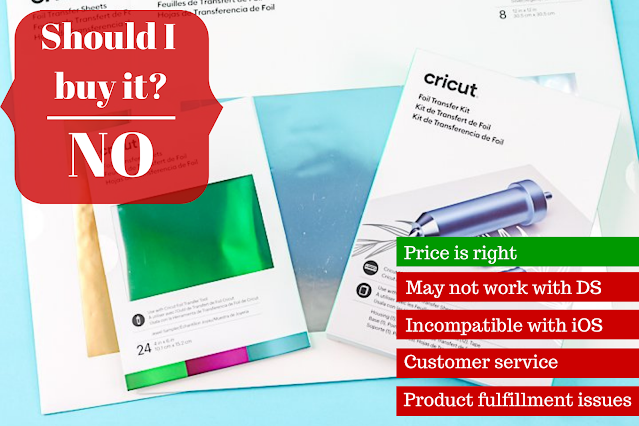 And be sure to follow me on Instagram @DannysCards
Like what you see? Hit the subscribe button at the top for updates on new blogs.
Related posts:
Unboxing and Using Cardmaking and Papercraft Magazine Issue 204
Card Contest July 2020: Christmas in July
Cricut Joy Review
5 Essential Items for Card Makers
Anna Griffin Empress Machine Review